Swiss Cottage School and many others have benefitted from Her Majesty The Queen’s support for the special educational needs and disabilities community. Organisations and charities that we work with for our pupils are through the Royal Family’s patronage. Equally, our approaches with mental health are through the Royal Foundation’s initiatives. The Department for Education has confirmed that the country has now entered a period of national mourning that will continue until the State Funeral. As a school, we will support the reflections of our pupils on Her Majesty The Queen’s legacy and commemorate her impacts through a memorial tree after the State Funeral has taken place. 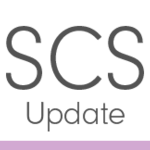